Jojo was fiddling with something – lures or leaders or both probably – as Tony read a letter from the New York State Outdoorsman Hall of Fame at Tuesday night’s meeting. And while this won’t come as a huge shock, Joe had no idea that what Tony was reading was directed towards him until he heard Tony say, “Joe Wilczewski”. Even then I’m not too sure he knew what was going on, but that’s Jojo for you. To further this point, after the meeting Joe even asked me as he was holding his induction letter, “This is the New York State Hall of Fame?” While Jojo might not be certain still, I am, and I want to tell anyone who will listen about his extremely worthy induction and what a tremendous individual honor it is. President Theodore Roosevelt is enshrined in this Hall of Fame. That’s not chicken feed.

I’ve stated this before and I’d bet my boat and all my musky toys I’m right: No NMA member has accrued more hours of actual hands-on physical labor on behalf of our club and the environment than Joe. The NYSOSHOF has recognized Joe for enshrinement based on his massive body of conservation  work  on behalf of our club, and more importantly on behalf of the Niagara River, and to be even more precise, Strawberry and Motor Islands and the spawning and nursery habitat that surrounds them.

For more than twenty years Joe has been our grunt, and I use that term with utmost respect, endearment, awe and love. Hard work deserves recognition.

On Saturday, April 25th Joe will be inducted into the very prestigious New York State Outdoorsman Hall of Fame in Canastota, New York. This honor is as big as it gets for sportsman and conservationist like us; a Cooperstown if you will for outdoors people and conservationists, judged not on their catches or kills, but their willingness to give back to the environment.

Below is a copy of Joe’s induction letter. Below that is a link to the Hall of Fame’s press release. And below that are a bunch of images of our boy and information for those of you who might want to attend the event.

For everything you’ve done for our club, the Niagara River, Buffalo harbor and all of the muskies that swim there, thank you, my brother. HOF-allaballaballa! 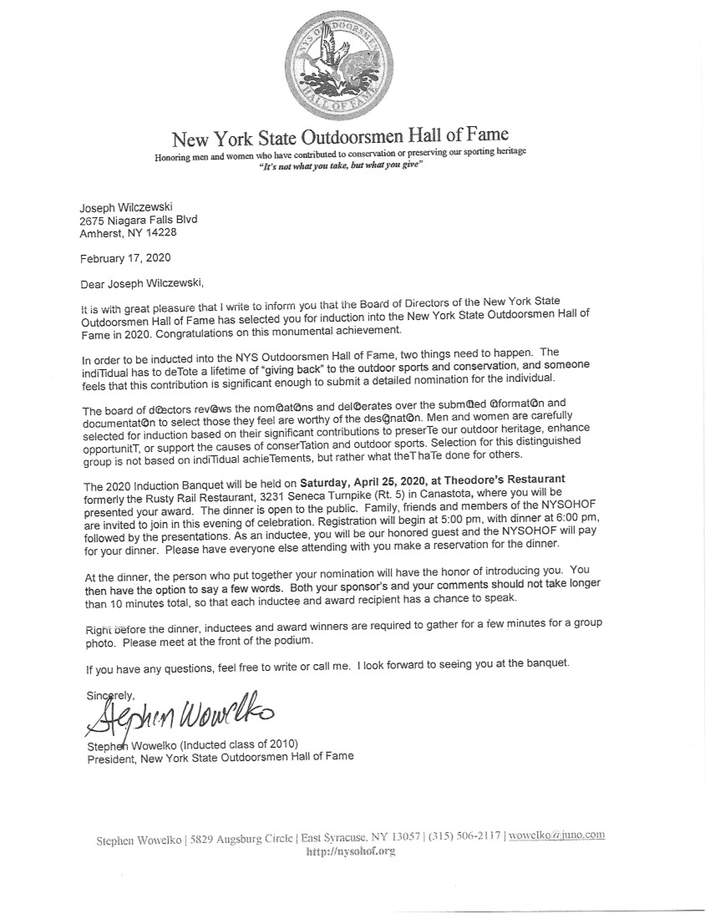 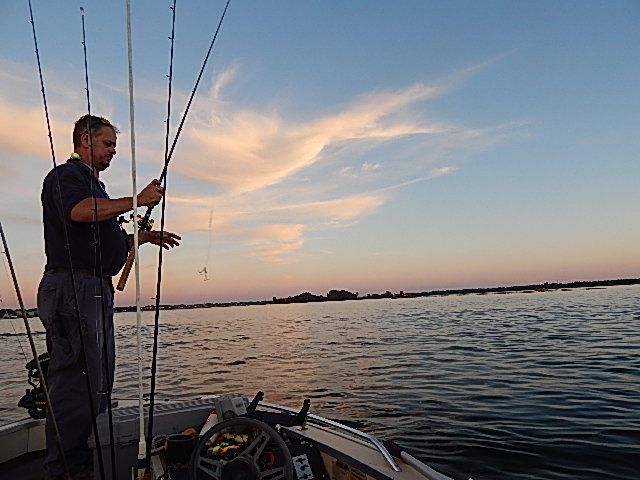 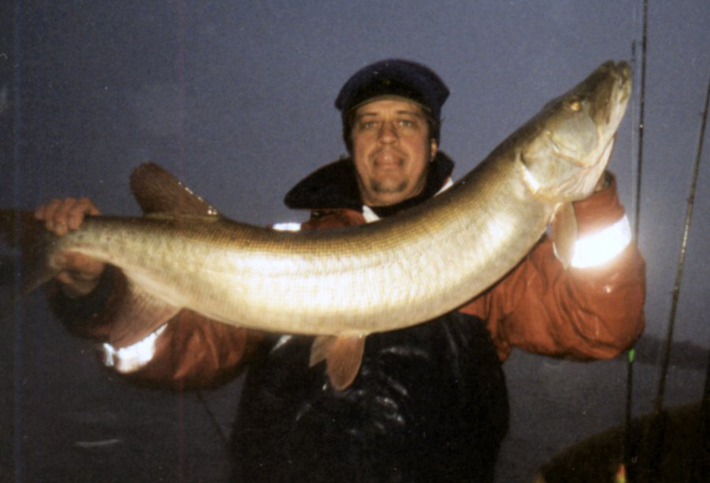 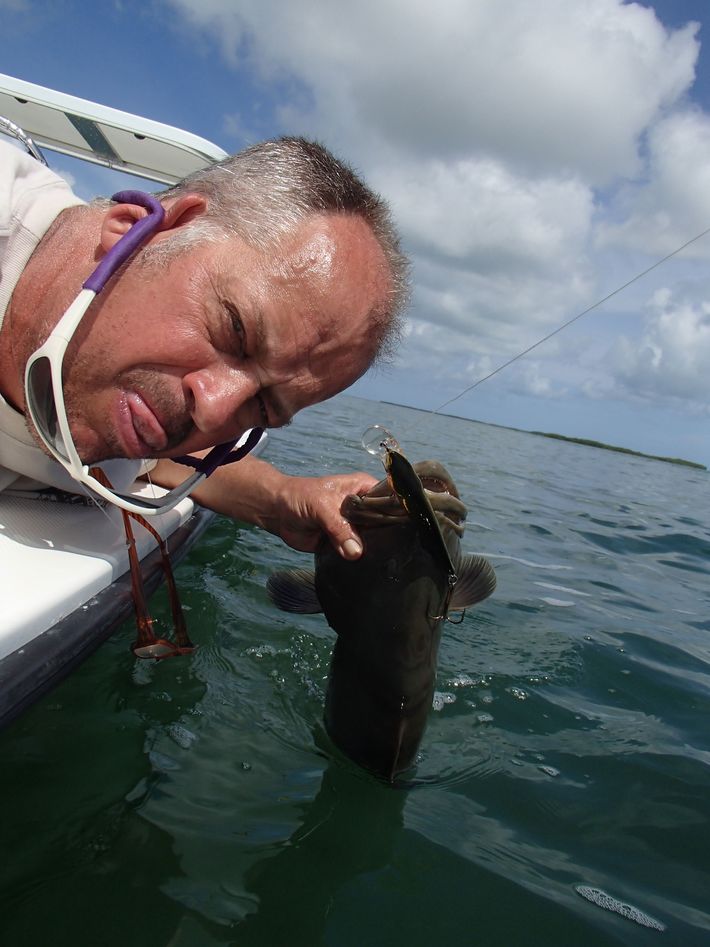 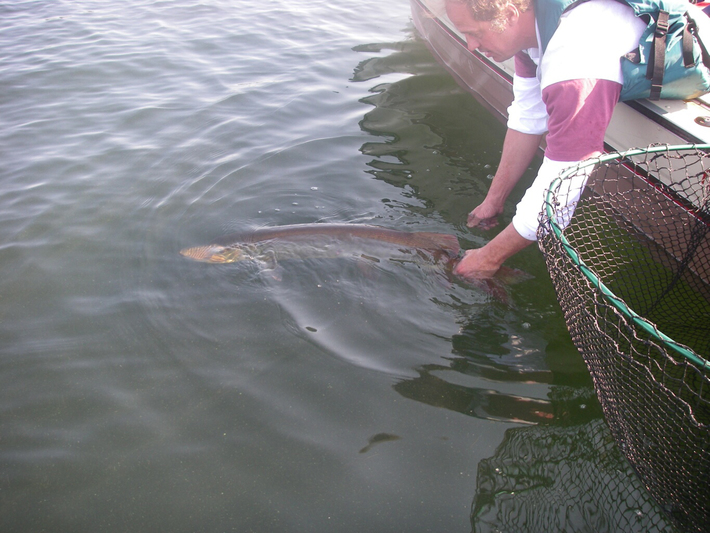 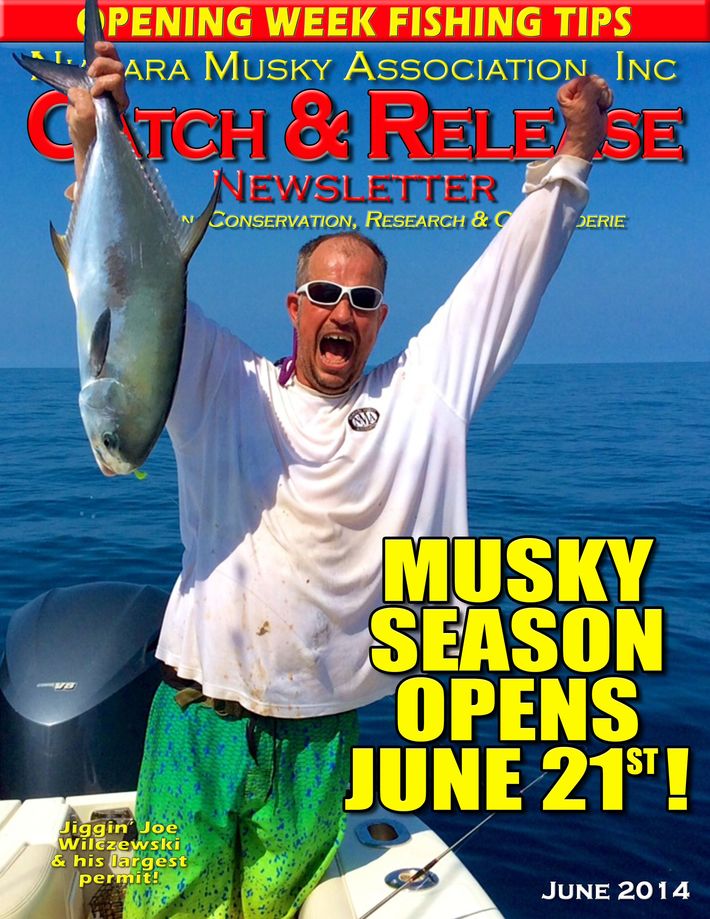 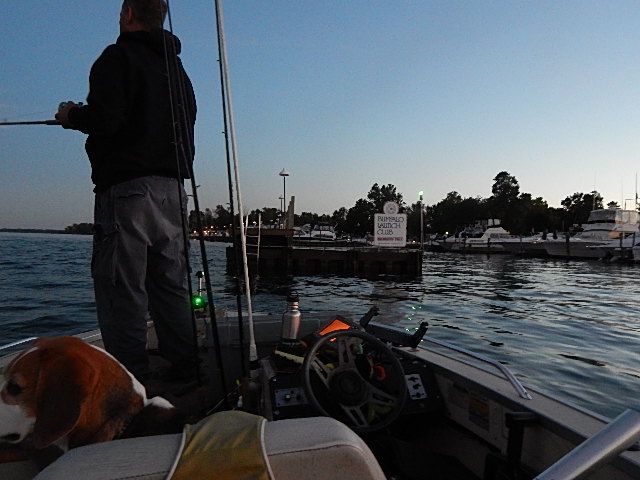 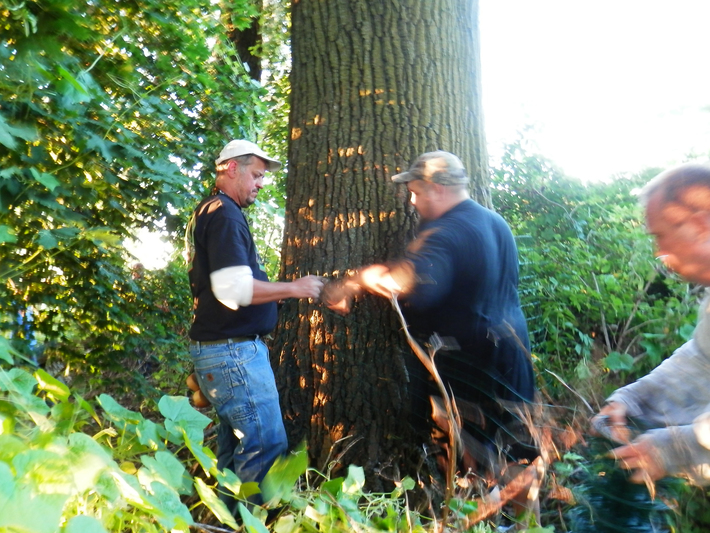 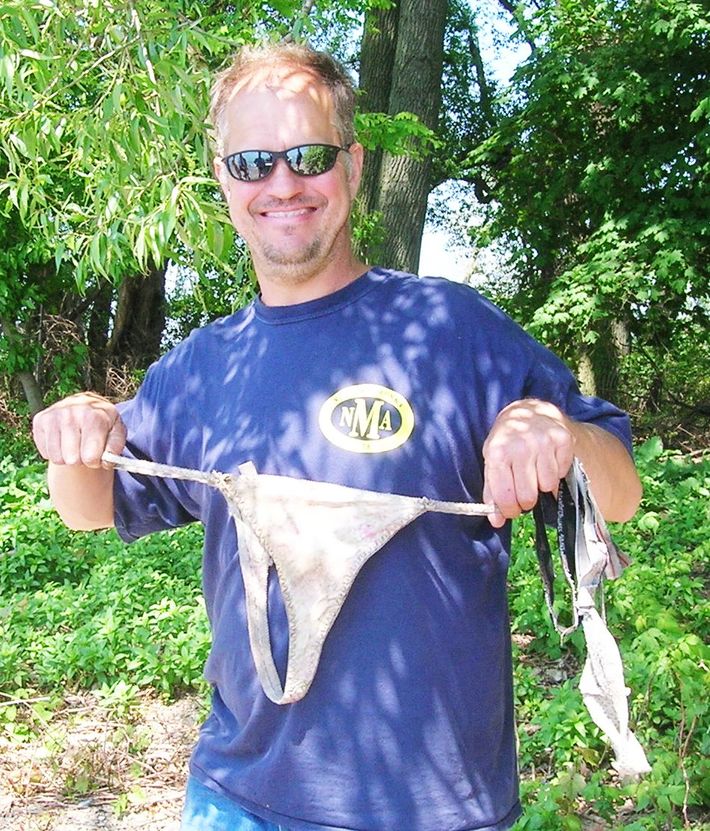 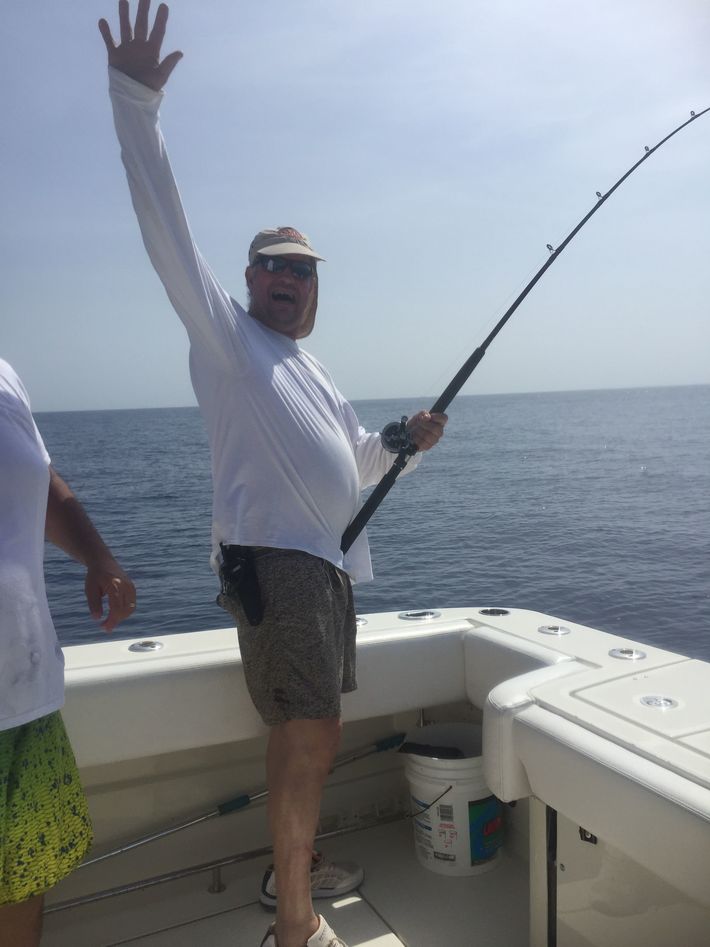 If you are interested in attending the induction ceremony (while Abraham Lincoln has nothing to be worried about, Joe’s thank you speech should be legendary), here are the details:

Board MemberPermalink Reply by jojo wilczewski on March 5, 2020 at 7:46am
Its a great day
I would like to thank the club for nominating me for this honor. I would also like to thank Tony n Scott for being mentors to me, their endless tireless trouble full
Work keeps me going. Most of all I would like to thank my Mom for her tutoring, her never ending fortitude and perseverance. She taught me that it’s your responsibility to help others, do what you can
And clean up after yourself. Despite my child like personality and objections? She did a good job.
I would also like to thank all the club members that helped and never could have done this without your
Help.
Jojograteful