Memories of my father. 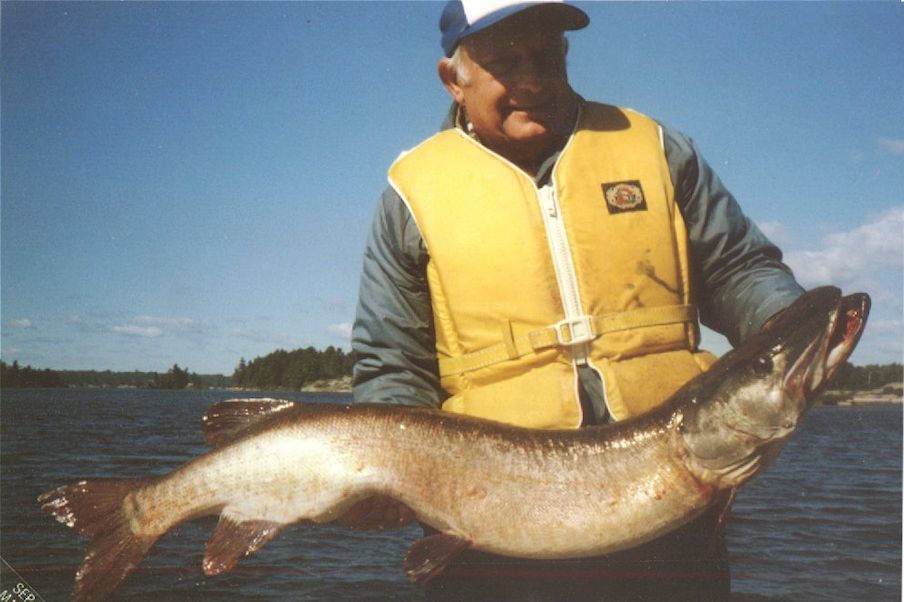 My father was a former member of the NMA. He passed away early Monday morning. I thought I'd share this with you:

Memories of my father.

I’ve spent many hours, almost every day, over the past 7 years with my father. Perhaps more time than the prior 50 years combined. Yet, I can’t remember the last real conversation I had with my father. It’s been much longer than 7 years. You see, my father has struggled with Alzheimer’s disease for almost 20 years. It’s a disease, as many of you may know, that robs you of your memories and of your intellect.

But it does not, as my mother will often tell me, rob you of the essence of your being - your character and your soul.

Even during his illness my father’s true character - his soul - shone through every day. He would always be thankful and grateful for any assistance you could provide him. If he was eating, or about to eat, he would always ask if you would like to join him. He would always apologize for the inconvenience he thought he caused you, even though we assured him that he was no burden. That’s the person he was. Always concerned about you, even when he was the person who was so disabled

And I know that he recognized the incredible sacrifice his wife, my mother Carmela, made for him over the past 20 years. The 24-hour, backbreaking, difficult, difficult work, that only a devout and loving spouse could ever provide.  The cleaning, the feeding, the nursing, the dressing - providing everything necessary to make him comfortable and to let him know that he was loved.  And most importantly to him, to let him stay home, and not in an institution,  for all these years. To the very end he would tell her that she was "the best", and he would apologize for his infirmities, and would tell her that he loved her.

But in preparing for this morning, to tell you about the person he was, I had to reach farther back  into my own memories of my father. In truth, the past decade makes it difficult for me to remember the man, and the father, my father was.  But I want to relate to you, as best I can, the man my father was when he was healthy and whole before this disease robbed him of so much.

This I know: my father was always, even up to the day he passed, a very good man. He was a man who always looked for the good in others. He never said a bad word about other human beings. He understood human weaknesses and frailties.  He was a man who would always turn the other cheek. He did not swear at others. He did not look for fights. He had no need to prove his manhood. That was for lesser men. More than anything, he valued honesty, hard work, personal integrity, and above all - family.

My father was a man who was good to his wife. And, I must add, his wife - my mother Carmela - was very good to him. He was a man who cherished his children. He would do anything for his children. And he taught his children well. He didn’t teach his children with words. Talking a lot was not my father’s way. But when he spoke, his words always had great value and meaning.  But mostly, he taught by example. He taught his children by the way he treated others. He taught them by how he treated them. Always with respect. Always with compassion. Always with understanding. He had great expectations of his children. He expected that you would treat him and others with the respect, understanding, and compassion that he has always shown you. And he never really punished us. The only punishment any of us suffered, and it was an intolerable punishment which we would never want repeated, was the knowledge that our behavior or conduct might have disappointed him. We never wanted to hurt him so, and we never wanted to do anything which would make him unhappy with us. And I think that made us all better human beings.

Of course, my father was not perfect. If he had one major fault, as my sister Sally would say, it was an overabundance of generosity. When my sister would say that, my mother would quickly tell a brief story. When they were just starting a family my parents were at a party and a couple approached my mother and told her what a wonderful man her husband was. They loved him, and couldn’t believe that after doing a real estate closing on their home, he never charged them. What other attorney would be so generous, they asked? My mother wanted to tell them: I’ll take his fee right now, thank you very much. After all, we were a young family just starting out.

The other "fault" I might suggest my father had was his love of dogs. He loved dogs so much that shortly after I was born - and I was the third child in three years, that my father decided to surprise my mother with a little gift. The gift was a little puppy named Candy! Now, it was bad enough that I was a newborn and not quite housebroken yet, but neither was poor Candy. Well, after about 30 days of my mother having to care for me, my 1 and 2 year old sisters, and Candy (I don’t know if any of us was housebroken), one of us had to go, and my mother (thank goodness), decided it was Candy!  Poor Candy was quickly adopted by my Uncle John (who provided her with a very good and long life).

And my father loved life and he made the best of it.

He loved the annual family picnics at his mother’s cottage, and then later at Evangola State Park,  with the several hundred person Scime/Tirone clan.

He relished his annual trips to Florida with his friends - Mario Rossetti, Peter Costa, Henry Mendola, Joe Contino, Nick Perino, and others -  to watch the Buffalo Bills get trampled by the Miami Dolphins.

He enjoyed his trips with my mother to Las Vegas and, when he could no longer travel, to the local casinos where he specialized in video poker.

He loved to cook. He kept a recipe book with all his original recipes for delicious concoctions as varied as power cookies, olive bread, and apple pie.

He loved to garden, and he loved to watch me til his garden. I can’t tell you how many hours and years I spent in my youth tilling the soil in our backyard. I think it kept me lean for life.

He loved to play pinocle with his in-laws, and I don’t doubt that he’s trying to get a game going right now with my Aunt Carlene, Uncle Sam, Uncle Carl, and Uncle Busti.

Not incidentally, my father was a lawyer. He especially loved his job as Chief Clerk at the Erie County Surrogates Court where he treated all the employees, lawyers, and patrons of the court with the respect, compassion, and understanding I have previously noted, and for which he was duly honored by the Erie County Bar Association when he retired in 1981.

He loved to take long walks with my mother and our family dog, Charlie, who we had for 15 years. He treated Charlie not as a pet, but as a member of the family, which he was.

He loved to fish. The most time I spent with my father before he became ill was probably in a small fishing boat, either locally, or at Lake Nipissing in Canada. Although my father really didn’t know the first thing about fishing, we learned together and were able to catch many and large fish together. I don’t think he really cared to catch a fish or not, but he just enjoyed being there, on a small boat, with his family.

Most of all, he loved his family. When I look at the pictures of him holding his grandchildren, I can see the immense love, pride, and joy in his eyes. It didn’t matter what we were doing. All that mattered was that his family was with him. And he was happy.

So I think he left this world happy. He was home and his family was with him. My sister Sally and her daughter Mary, my sisters Anna Marie and Mary Jo; my brother Carl and his wife Mary Jo;  and my mother Carmela and I. On Sunday evening we each said goodbye and told him that we loved him, and will miss him, but that it was alright to go. And my mother sat with him and held his hand, and he held hers, until 4 o’clock Monday morning. She told him that it was ok for him to go. That he could go home now. And when she was unable to keep her eyes open any longer she fell asleep. And at that moment he left.

Dad, we will miss you, but we know you are always with us. Goodbye, for now. We’ll love you always.

I didn't want to feature or "like" your blog as I thought it would somehow cheapen your heart-felt words, but I was profoundly moved by them.

Tony, thanks for sharing memories and stories of your father with us.  As I read your post I couldn't help but notice the parallels between your father's character and your own.  He has raised a good son and I'm certain without even meeting your siblings, good children.  God bless you and your family.  John

Comment by Mike "the facilities" Fortunate on July 25, 2012 at 8:44pm
Tony my condolences to you and your family! From everything i read your father seemed like a great guy!!! Sorry for your loss

Thank you for sharing that with us . Your Dad sounded wonderful.Our thoughts and prayers are with your family .

You need to be a member of The Niagara Musky Association to add comments!